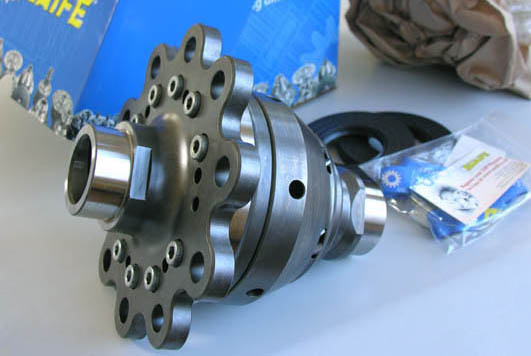 The Quaife ATB Differential provides significantly improved traction and handling for powerful rear-wheel drive cars, and is a must-have upgrade for BMW owners looking to maximise the potential of their machines.

Once installed, drivers will notice an immediate difference as the Quaife's ATB design automatically biases torque across the axle to the wheel with most grip. Unwanted wheel-slip is greatly reduced, and the driver is able to put the power down in a controllable and seamless fashion.

What options do I have?

We offer a global service that allows customers to ship their differentials to us for a Quaife LSD Conversion. However it requires 3-5 working days to convert the differentials, so we also created an Exchange program to avoid conversion downtime for customers;

The Exchange QUAIFE LSD Differential by Birds is a complete BMW differential equipped with a Quaife LSD in exchange for the customer's existing standard differential.

This is only offered for vehicles with under 60,000 miles. Customers with higher mileages will either need to; have their original differential converted with, purchase a Complete QUAIFE LSD Differential outright, or purchase an Exchange QUAIFE LSD with new bearings. 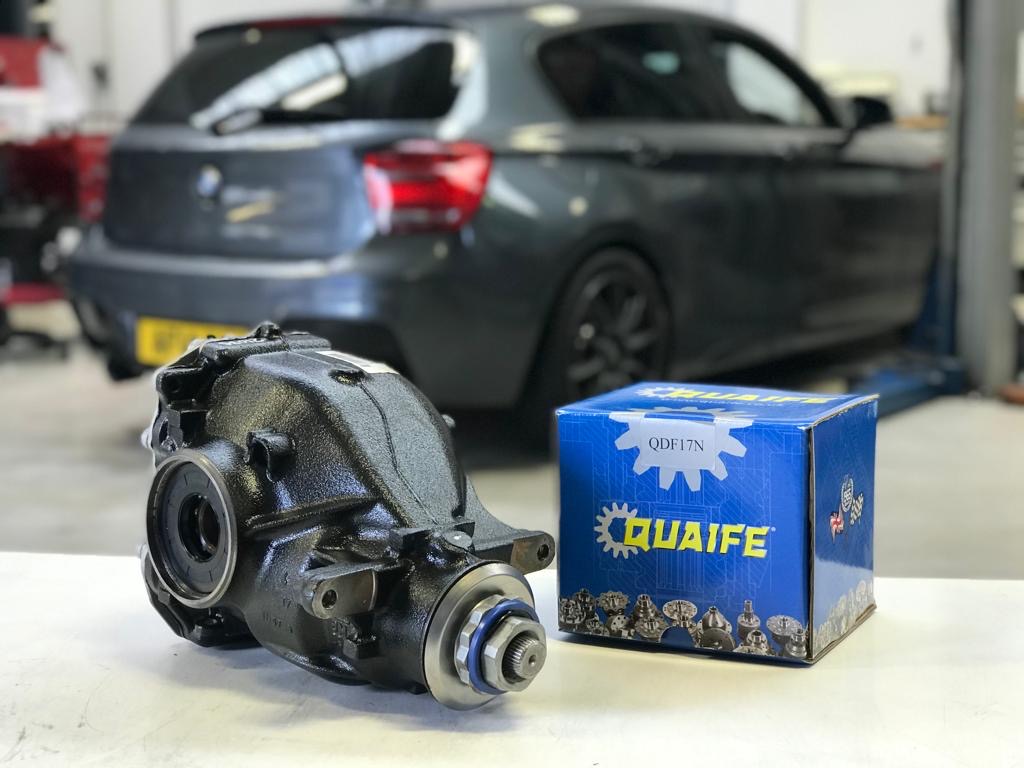 Worldwide shipping is available for our Exchange QUAIFE LSD Differentials, however a £500 surcharge deposit is required until we receive the customer's original differential in return.

Birds guarantees the bearings and all other internal wearing parts in their Exchange QUAIFE LSD Differentials for 24 months, alongside Quaife's lifetime warranty.

The Exchange QUAIFE LSD with High-Performance Bearings is a complete BMW differential equipped with a Quaife LSD and all new tapered roller bearings, in exchange for the customer's existing standard differential. 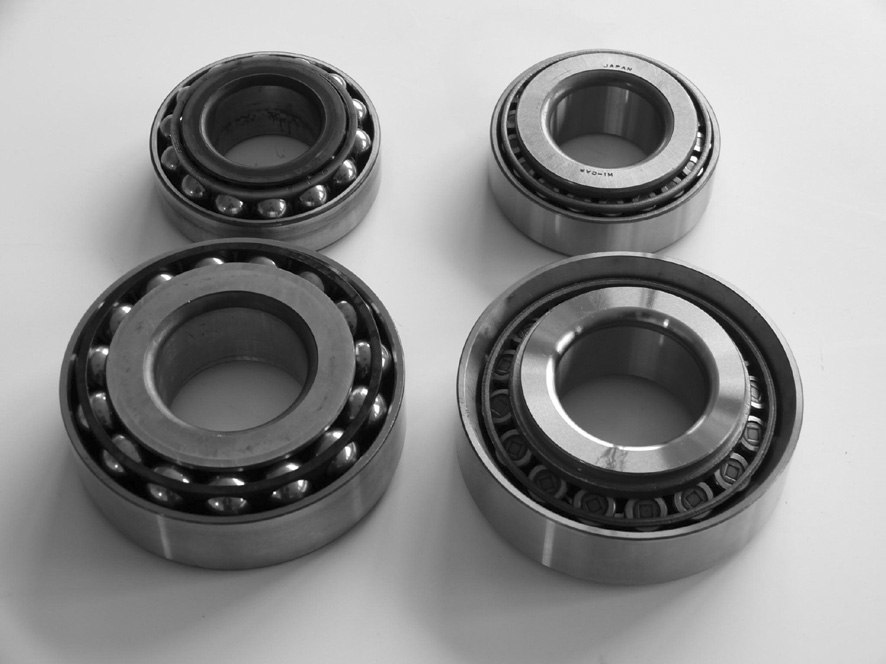 The uprated tapered bearings provide an increase in load capacity of 44% compared to the standard BMW double-row ball bearing design, providing much better durability and guaranteeing a longer lifespan. Some of these bearings are specially made in the UK. For more information on these bearings, read here.

Worldwide shipping is available. A £500 surcharge deposit is required until we receive the customer's original differential in return.

Birds guarantees the bearings and all other internal wearings parts in the Exchange QUAIFE LSD with High-Performance Bearings for 36 months, alongside Quaife's lifetime warranty.

We also offer our Exchange QUAIFE LSD Differential as an outright purchase, allowing the customer to keep the original differential spare.

Alternatively, we can supply New Complete QUAIFE LSD Differentials, which are new differentials ordered from BMW and converted with QUAIFE LSD.

Can I buy the QUAIFE LSD Kit only?

We do also offer the QUAIFE LSD Conversion Kits themselves, which allows the customer to convert their existing differential.

However, please note that LSD conversion of these differentials requires access to machinery.

We  have a number of Quaife BMW Distributors around the world that are also capable of carrying out this process, including the USA, Russia, Australia, China, and many European countries.

We can also provide technical drawings and installation guides.

How is the Quaife ATB Differential superior to other LSDs?

Widely regarded as the differential upgrade of choice for road car owners, the Quaife ATB was designed to overcome the flaws of conventional clutch-plate limited-slip differentials (such as BMW's M-Power and M-Performance LSDs). 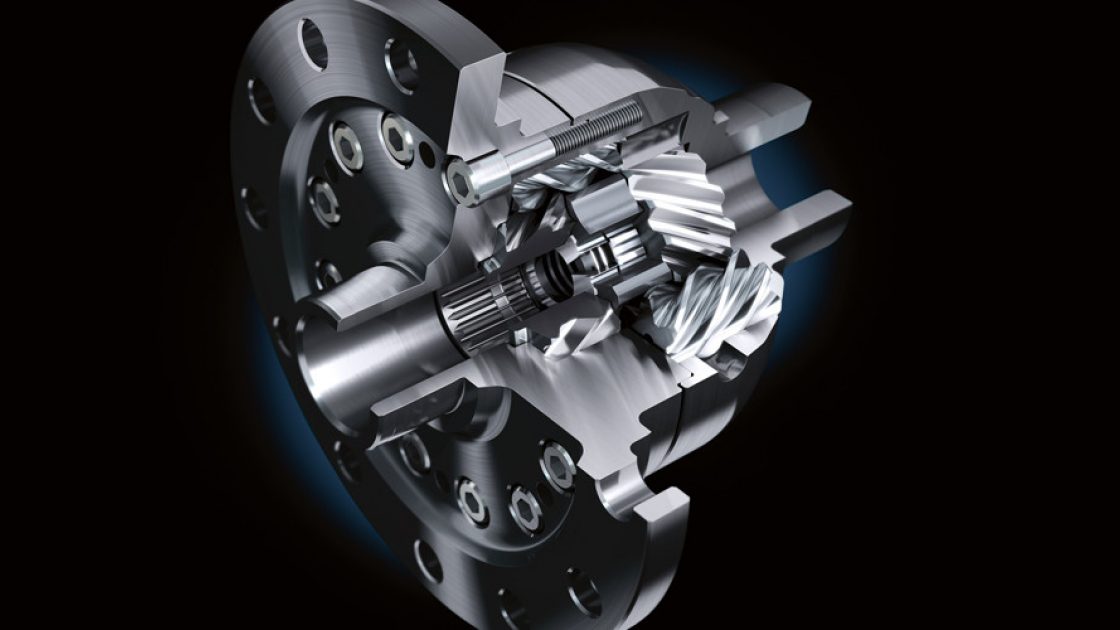 Why choose the QUAIFE LSD over other torque-biasing differentials?

RT Quaife Engineering LTD have been manufacturing and supplying their patented ATB design since the 1980s, and we have personally supplied more than 6000 units to BMW owners worldwide.

The vast majority of other torque-biasing differentials are replicas or modified copies of the Quaife LSD. Some claim to have unfounded benefits, but we believe none match the proven performance and production quality of the Quaife.

Will it invalidate my BMW warranty?

The Quaife ATB will not invalidate your BMW warranty.

BMW would not be able to attribute a fault elsewhere on the vehicle to an aftermarket LSD installation. They would not cover any defect with the differential itself of course, given it has been modified, but this is now covered by our own warranty and Quaife's lifetime guarantee.

You can read through our collection of editorials and customer testimonials on the Quaife ATB for BMWs by following the links, but here are some of our favourites! 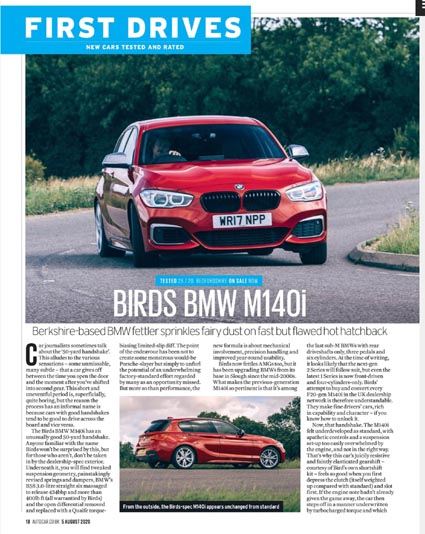 "Through second and third gear corners, the differential tenses up in such a way that not only is drive preserved on either side of the car but also the driver has an instinctive and unusually well-defined awareness of the limits of grip and traction." 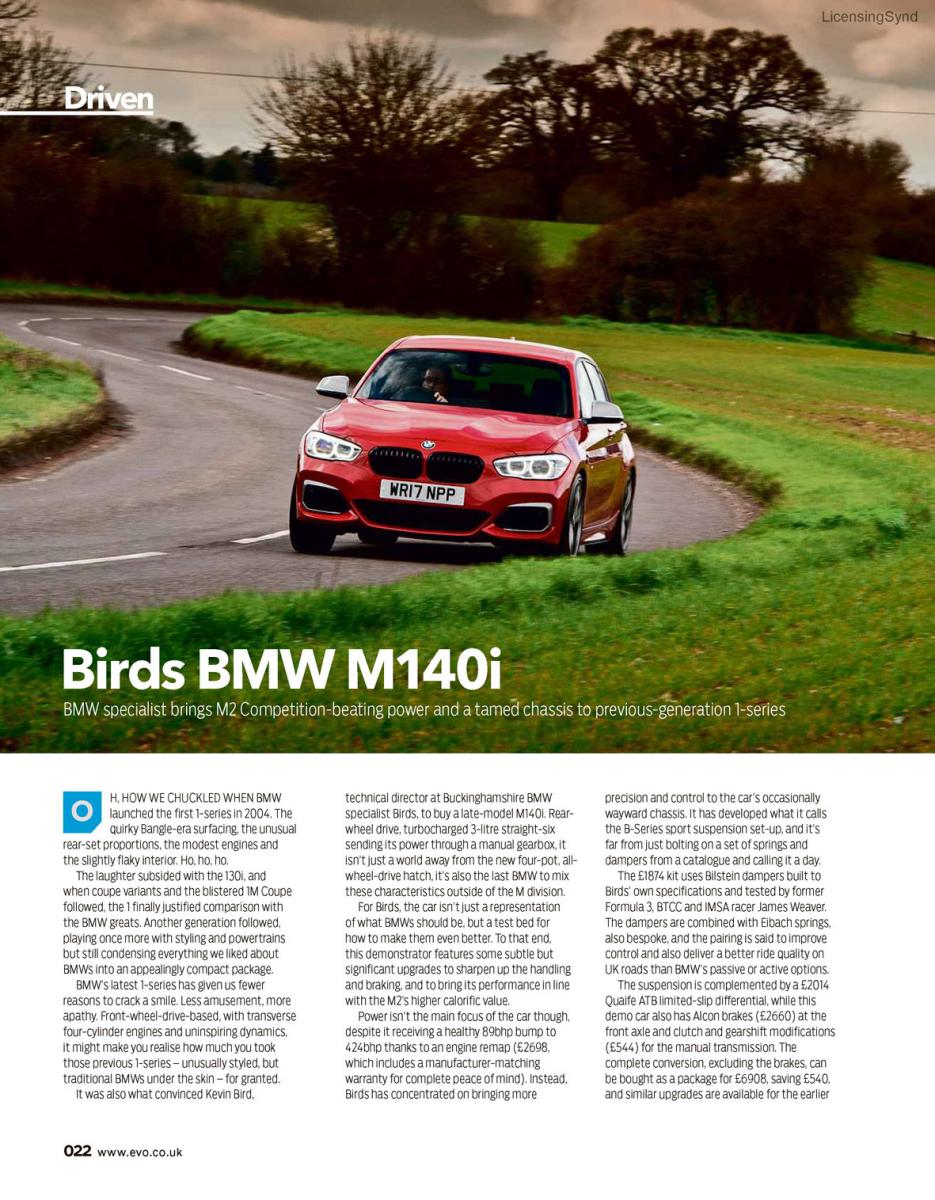 "The car's natural balance is easier than ever to exploit, the differential loading up as soon as you ease back onto the power, and the rear axle less perturbed by mid-corner bumps or undulations." 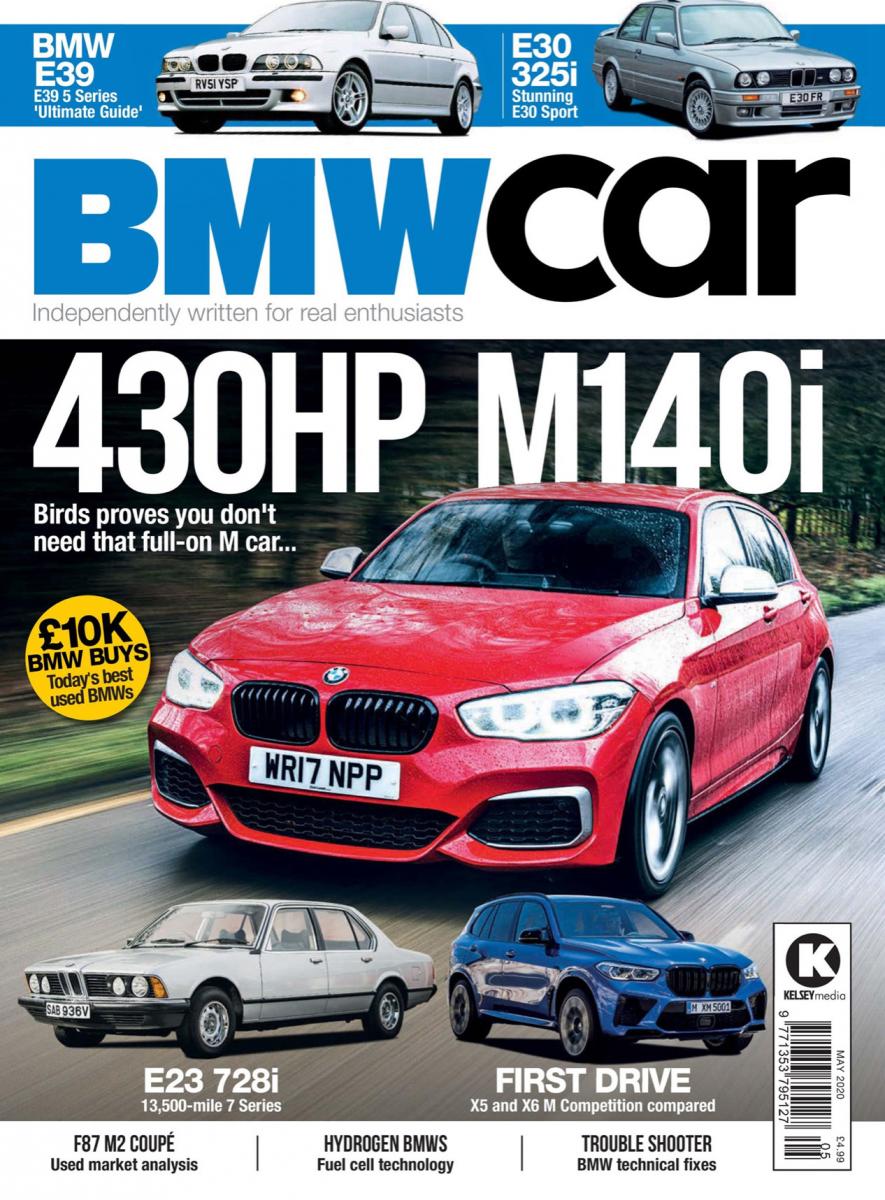 "In certain circumstances the open diff allows the M140i to spin its unloaded rear wheel which obviously leads to a less than controlled rear end. A lack of traction means that the engine's power cannot be delivered to the road..." 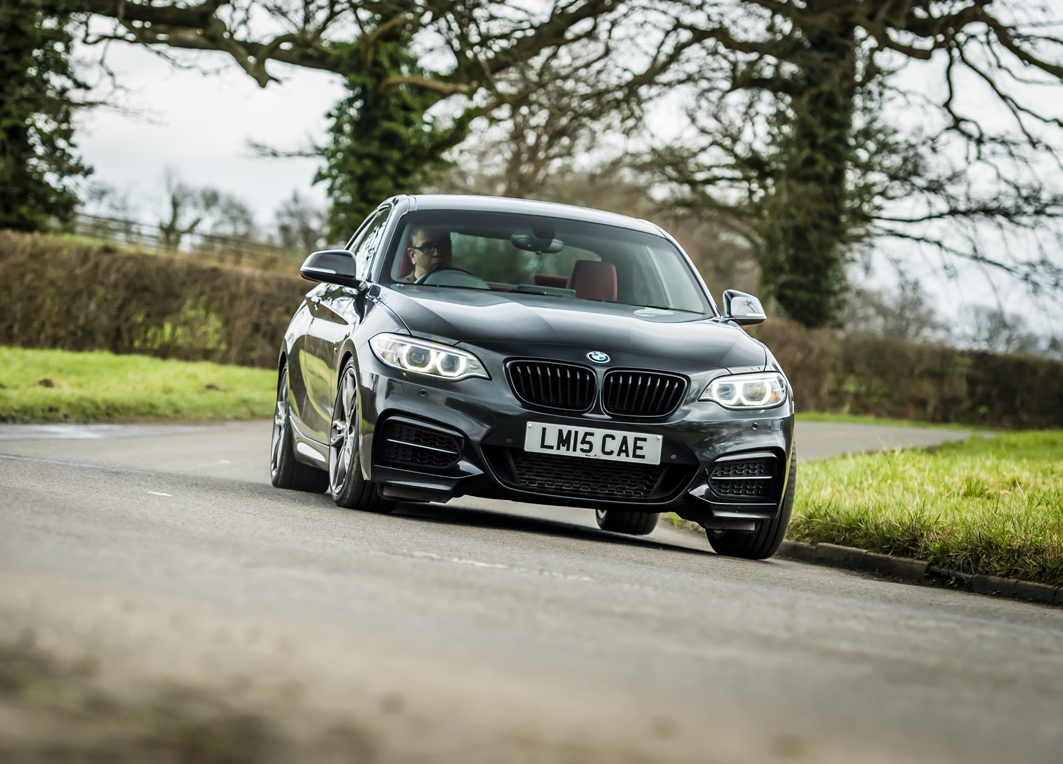 "The car will slide like Ari Vatanen’s Mk2 Ford Escort if you want it to, but it’s actually more satisfying to hold the little coupé in modest, neat and perfectly balanced drifts away from tighter corners; the kind of slide that still pings you along the next straight with real impetus."

"Where you do notice a difference is with the DSC off. On a tight, wet uphill bend where the standard car would have just felt untidy and a bit frustrating, this car simply spins up its rear wheels in unison and arcs round in an easily gatherable slide..." 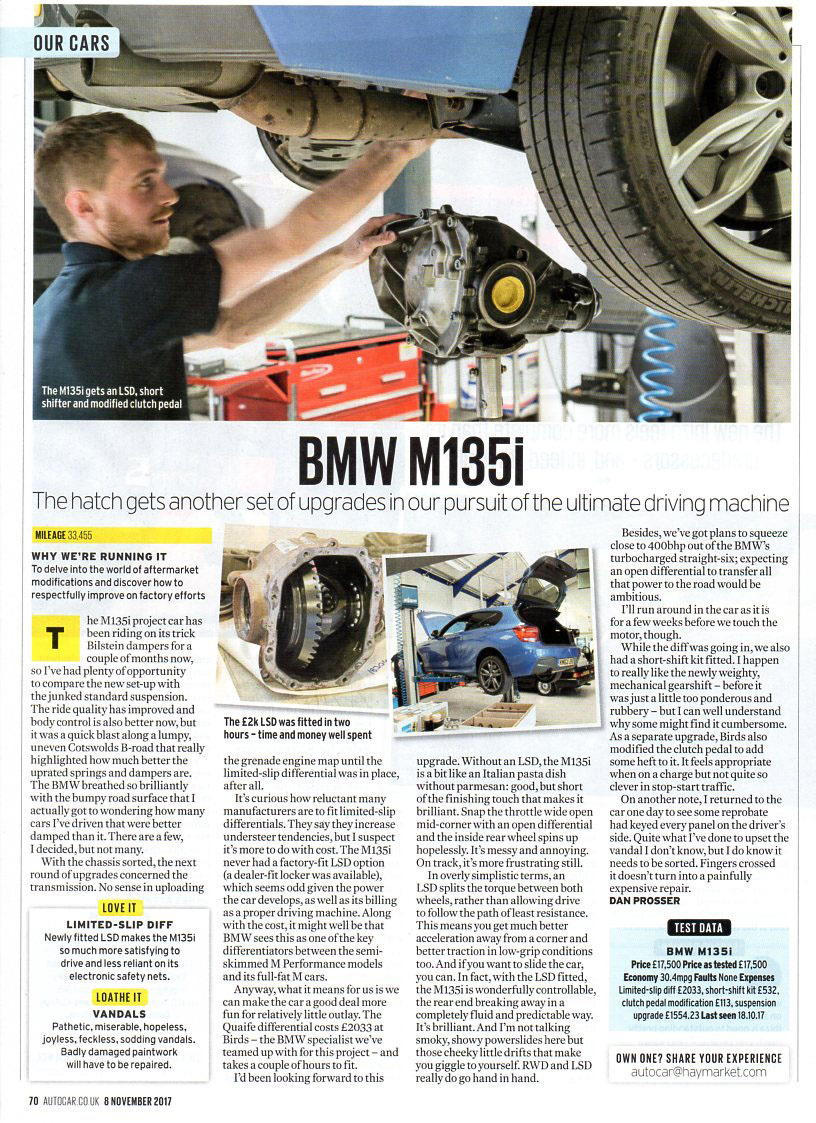 with the LSD fitted, the M135i is wonderfully controllable, the rear end breaking away in a completely fluid and controllable way. It's brilliant.."