Birds' B-Series Sport Suspension Kits for the BMW 435i, 435ix, and 435dx consist of specially valved Bilstein shock absorbers and matched springs designed by Birds to offer the ultimate improvement in BMW ride quality and handling on the UK's diverse road surfaces.

The art of ride and handling

What makes a car corner faster? There are three components to consider; the suspension components, the tyres (which are actually part of the suspension too), and the nut behind the steering wheel! In the correct combination, this will achieve the fastest possible cornering speed. But consider this - what makes the driver fast? It is confidence that the car will behave in a predictable manner up to, and even beyond the limit of grip.

BMW suspension tuning is an obsession at Birds, 1) because we believe it plays the most crucial role in what makes a truly enjoyable road car, and 2) because we are always so disappointed with modern BMW set ups. Not only is the ride quality poor (particularly at the rear), but the car demonstrates a real lack of composure and control when driving quickly on bumpy or undulating roads. Sudden changes of direction are common, along with a consistent "jiggly" or "fidgety" sensation from the rear.

Unfortunately, most off-the-shelf aftermarket solutions 'designed for street' feel like the usual spine-jarring set ups that are actually designed for the Nürburgring. In the real world they handle poorly on our roads and do little to correct the real issue of unpredictability.

With the help of suspension consultants and professional drivers, we began to tackle the art of ride and handling ourselves back in 2006, and made waves in the UK's BMW tuning market with our E8x 1 Series and E9x 3 series set ups. Now, after 2 years of extensive development and testing, we have the final B-Series Suspension kits available for all current Fx BMW models, inlcuding the popular F32 435i, 435ix, and 435dx. 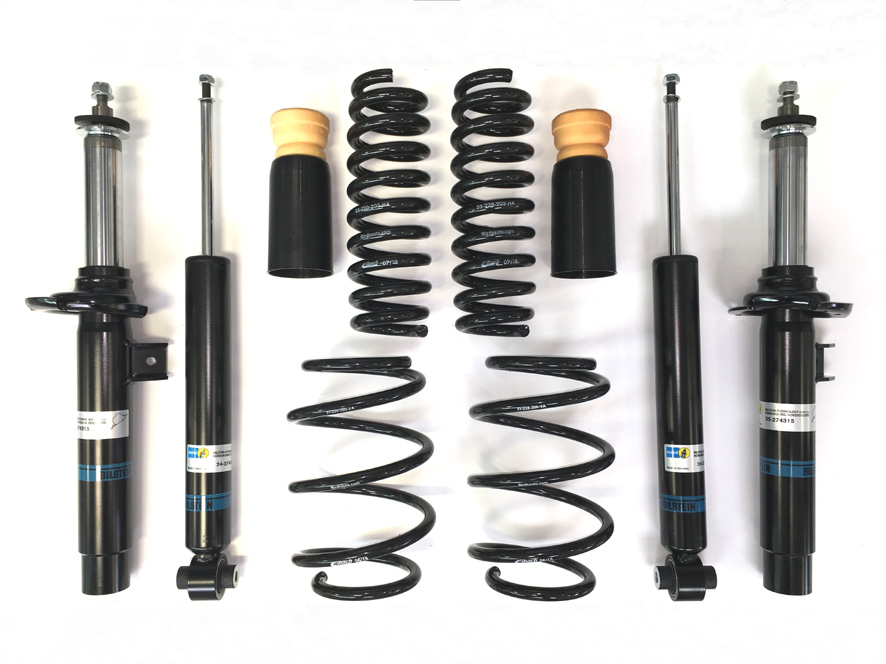 The B2 Sport Suspension for the 435i, 435ix, and 435dx features springs and shock absorbers that have been specifically designed and developed on UK roads. No more crashing into potholes, no more "fidgeting" on bumpy roads, and no more unpreditcable behaviour when pushing on. You will find our suspension to be a revelation, with corner exit speeds and traction massively improved, without compromising comfort.

Read the most recent reviews of our 435i below!

"The result is a machine that resists understeer far more effectively than before and which engenders a real feeling of confidence in what the car's response is going to be at any given input."

"Rather than wallowing in corners and running out of body control over crests and undulations, it feels better supported and more keyed into the road surface."

The F32 comes as standard with Drive Performance Control which provides a range of driving modes from Eco Pro through to Sport+. It can also be specified with with electronically controlled adaptive M Sport dampers.

The problem with the standard car is both the front to rear springs stiffness balance and the damping performance available from both the adaptive and standard shock absorbers. There are also issues with the weight balance of the car. BMW’s obsession with “near 50/50 weight distribution” has led to heavy items such as fuel tanks and batteries being placed rearwards, often behind the rear axle centreline. What this achieves, under hard acceleration, is a significantly rear-heavy weight balance. One motor manufacturer has been battling the problems caused by excessive rear axle weight for over 50 years. Futhermore, if the rear tyres are pushed beyond the grip limit, this can cause the rear end to act like a pendulum. With an excessive rear end spring stiffness, the sudden break-away can be quite difficult to catch.

On the damping side, the more expensive adaptive dampers are designed to give the driver the option of how stiffly damped he wants the car to be at any given time. The Comfort mode gives soft damping all the way from slow speeds upwards. Most drivers are fishing for the “Sport button” just as soon as speeds increase beyond 60mph. Unfortunately, this immediately re-engages the traction control, so those cars not blessed with a mechanical limited-slip differential are immediately robbed of the additional control over the rear end and power delivery that these essential devices allow.

Even so, at higher speeds, the dampers run out of talent, and the car starts to get floaty, generating a loss of confidence of the driver. You will find your right foot being automatically pulled away from the throttle…

Oddly, we believe that the standard dampers give a better account of themselves, especially al low and medium speeds, but they are cheaply made, and like the Adaptive Dampers have pretty much linear damping force curves measured against damper speed.

"Once in a while, it's good to completely reset your expectations. If you don't you could remain entrenched, and not find the imagination to push the boundaries further. Since we started developing suspensions, we have already created some incredibly fine-handling and riding BMW cars. Our E92 3 series and E87/8 1 series chassis set-ups have received huge praise from the press and customers alike. We really didn't think we could improve matters very much.

With the M135i, we utilised the data from the previous developments and recalculated according to the different characteristics of this similar chassis. The results were exactly as expected, although it took many attempts to iron out some issues not experienced in the previous chassis. Again, both press and customers found complete satisfaction in the results."

"Then, during a charity event track day, I was re-acquainted with James Weaver, the legendary Sports Car driver, who I first met way back in the late 1980s. He had a few comments to make about our Z4 35i which he was piloting, and some of them not altogether complimentary. He suggested that we contacted his chassis engineer friend and long-time work colleague, Peter Weston.

So when our M235i demonstrator arrived, we set about adapting the M135i suspension configuration and installed it on the car. Results were as expected, but we then contacted Peter to see if there were any opportunities to make this even better. He requested that we give him measurement data from the car. I was astonished at the level of detail he required. Not only things like arm ratios, corner-weights, spring stiffness, damper rates and so on, but stuff that we'd never even started to consider, like un-sprung weights of each corner, centre of gravity above front and rear axles, bump stop stiffness and contact points etc. etc. The measuring work alone took us two full days. 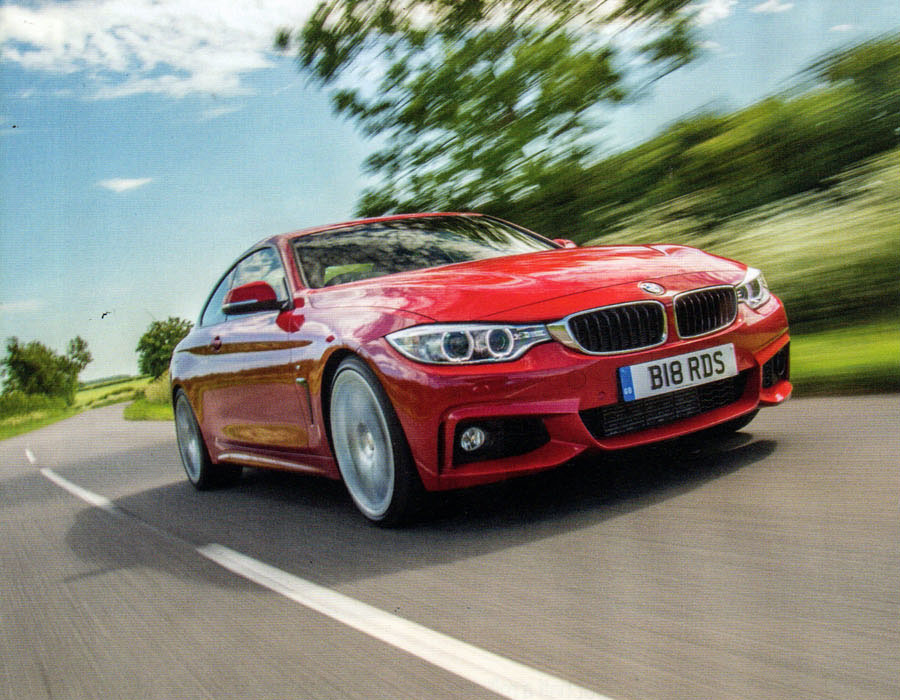 This included changes to spring rates both front and rear, and damper curves to suit. Moreover, changes to the front track width (to generate less negative scrub radius)and, surprisingly, a different choice of tyre. Some 3 weeks passed whilst the revisions were manufactured and installed on the car.