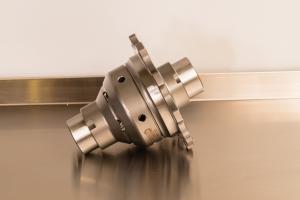 The Quaife ATB Differential provides significantly improved traction and handling for any powerful rear-wheel drive car, and is a must-have upgrade for Mercedes owners looking to maximise the potential of their machines.

Once installed, drivers will notice an immediate difference as the Quaife's patented ATB design automatically biases torque across the axle to the wheel with most grip. Unwanted wheel-spin is greatly reduced, enabling drivers to exploit the potential of their machines for the first time, leading to a more exciting, rewarding and rapid driving experience.

Widely regarded as the differential upgrade of choice for road cars, the Quaife ATB was designed to overcome the flaws of conventional clutch-plate limited-slip diffs. Quaife's patented design;

There's something odd going on at Mercedes-Benz.

No-one can have failed to notice that Mercedes have been steadily increasing the power outputs of their engines. Although this results in some pretty impressive acceleration figures, most drivers are aware that in less than perfect conditions, performance is severely limited. The fact of the matter is that there is insufficient traction to allow full deployment of the engine's power. There is no doubt that the first objective of any serious tuner should be to maximise the performance available form the existing power output, before considering expensive engine tuning.

Since the early 90's, Mercedes have added electronic torque limiting systems to every model range. Engines producing over 200hp can often experience loss of traction. In a rear drive chassis, this can lead to the infamous "through the hedge backwards" experience. Mercedes have continuously worked to eliminate this unwanted characteristic, but no amount of high tech rear axle geometry or near perfect weight balance can prevent the unwary or inexperienced driver from exceeding the rear grip available in all road conditions. Add to this the inevitable increases in engine performance and capacity over time, and something had to give... 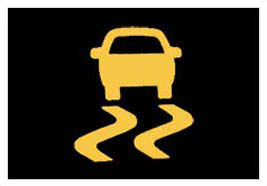 Enter the traction management system. With Mercedes, this started as a simple device that would cut power if the management determined that one driven wheel was spinning faster that the other. Fabulous idea, until trying to pull away from a wet side street into a gap in fast approaching traffic, waiting for power to be restored. Subsequent developments have enabled similar technology to be used to stabilise the car in all situations where loss of tyre grip could cause a problem, and there is no doubt that cars have become safer as a result.

TC, ASC, ASC+T, DSC and whatever else down the line.

True enough, Mercedes have improved their traction management technology hugely since the first examples. Many of the latest cars are much less intrusive, and have a three stage driver selectable system (we call them definitely on, nearly off, and definitely off). There's no doubt that these latest systems are hugely effective in stopping car/scenery interfaces, and the "nearly off" setting allows normal drivers to drive closer to the true limit of the car (which is a good thing). Moreover, Mercedes have added all sorts of clever additional facilities, such as brake drying, hill start, and integration with the ABS, to rid the car of all of those nasty results of a misjudged braking, steering or acceleration events. They even try to use the rear brakes to give a "virtual LSD" effect, albeit a very inefficient one.

What types of clever differentials are available?

First of all, some definition is required. All "clever" differentials are designed to transmit maximum torque presented at the tyre contact patch with the road, which increases the force exerted on the road, and therefore as Mr Newton recognised, increases acceleration.

The conventional clutch-type LSD is commonly available. AMG are currently using a clutched LSD on their most powerful cars, and as an option included in some "sport packages". It works, but has a couple of major downsides. Firstly it has wearing clutches, which are costly to replace. The second problem occurs during the aforementioned exit from a wet junction. The way this diff transfers torque to a spinning wheel can only be described as sudden. The differential actually locks up, effectively removing all the action of the differential. In this situation, the sharp transfer of torque is often enough to break traction on both wheels. Entry speed into the desired lane of traffic is somewhat improved, but sometimes at a heroic angle of attack, and with plenty of corrective steering angle and traction control intervention. This diff can be purchased and modified to fit many Mercedes open differentials. The torque split varies (instantaneously!) between approx. 5% -25% or more. Tuners generally like 20-45%. 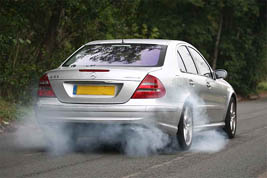 The Quaife ATB differential has to be the favourite. It has no clutches to wear out, has a lifetime warranty, and gently massages the torque away from the spinning wheel to the one with more traction and is capable of varying the torque split between 0 to 80%. Perfect!

It is genuinely one of the very best performance upgrades we have encountered in our 30+years in the tuning industry, and the press agrees with us too...

"If you have a powerful Mercedes, especially an AMG, a Quaife ATB limited slip differential is one of the best performance upgrades money can buy. Without any extra power, your car will be able to accelerate from rest faster and be quicker out of corners. And should you decide to add more horsepower, the diff will allow you to exploit it more fully. More than that, your car will also handle more consistently, and so will be safer, especially in slippery conditions." - Ian Kuah, Mercedes Enthusiast Magazine.

The little yellow flashing light is encouraged not to, and the car accelerates to its maximum potential, with total stability. The driver now has the option to use all of the power the engine can generate.

It's difficult and expensive to tune current Mercedes engines for more power. It's even harder to convert that power to acceleration. Rest assured, the Quaife ATB Differential is an amazing solution, without compromise.